One tiny concession to Easter 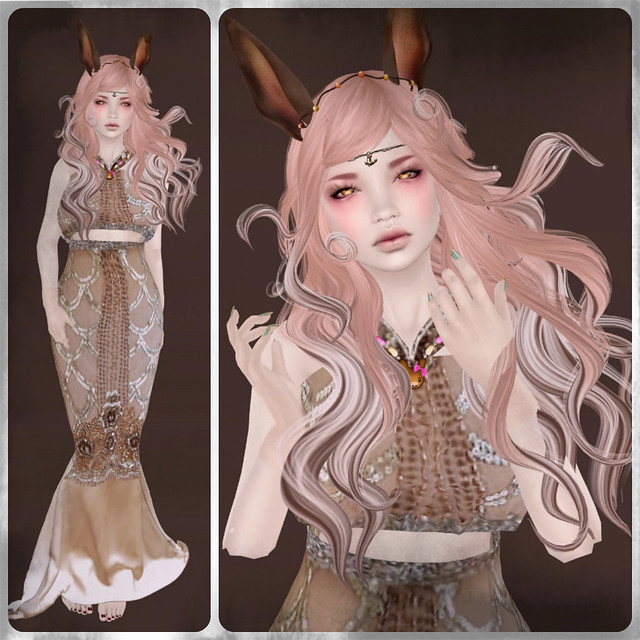 What did you do for Easter? So far I risked salmonella poisoning by blowing the yolk out of eggs through pinholes, ate lovely Indian food, and bought my daughter an adorable dress for egg-hunting tomorrow. I also had time to play with some stuff from a new-to-me designer, FuubutsuDou. This dress and these killer gold eyes are from the shop, and can be found at this month’s GENRE. I hope you guys have an excellent day tomorrow, Christian or (like me) not. 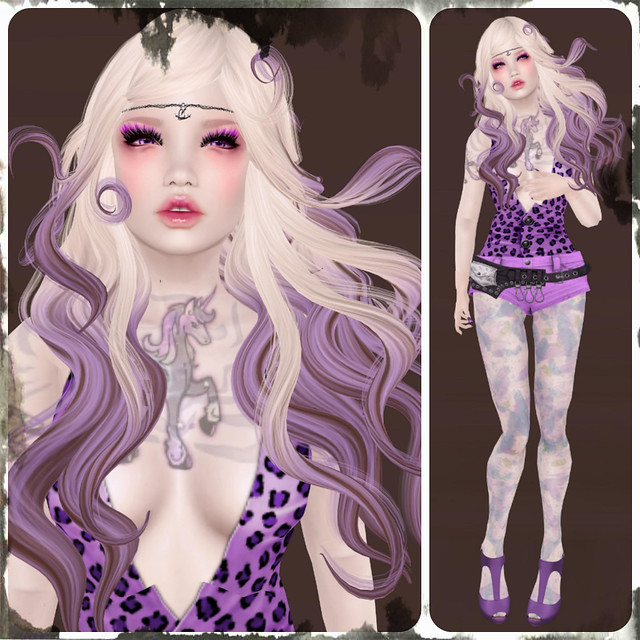 Today Schadenfreude is in FLF and therefore it’s Vest Day! These vests have gone from ONLY all possible layers to all layers plus appliers, and that makes them very relevant for the larger-busted among us. The pretty Easter tights from Schadenfreude also come with Slink foot appliers, and everything feels so Springy and cute that I seriously crave mutton for dinner. I finally picked up this Exile hair, too. Initially I felt that the little curls near the face looked a little odd, but obviously I was wrong; they’re awesomely cute too. Sorry for doubting you, Kavar! 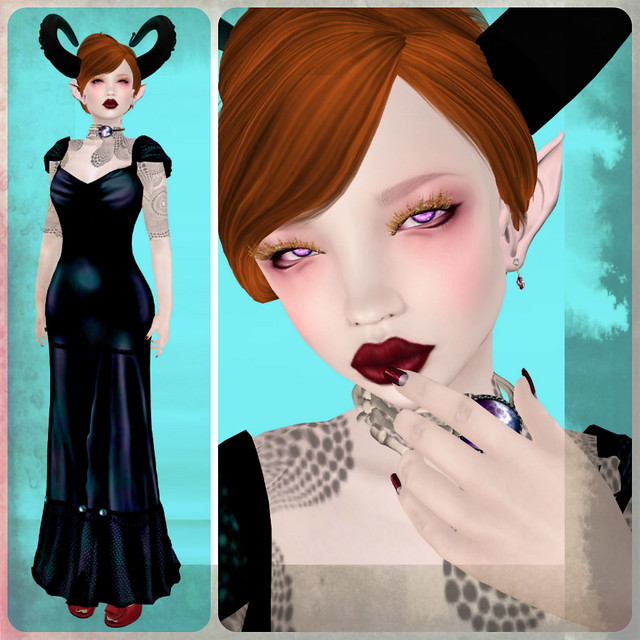 My wardrobe is filling with so many flowing ankle-length gowns due to this round of GENRE, and I especially love all of the details on this one from Cog & Fleur. I've had to dig deep into my inventory to find just the right hair for these gowns, and settled on old non-mesh styles from Bubbles Clawtooth. (This hair used to be my favorite, it came with a tiny cat that settled in the middle of the bun.) I'm still wearing different shades of makeup from Senzafine for this event, and today I'm also wearing the nail polish that goes with it, a very glossy manicure that's perfect for the era. Oh and I'm still an elf that accidentally landed on a 1930s movie set.

Take me to your elfboys 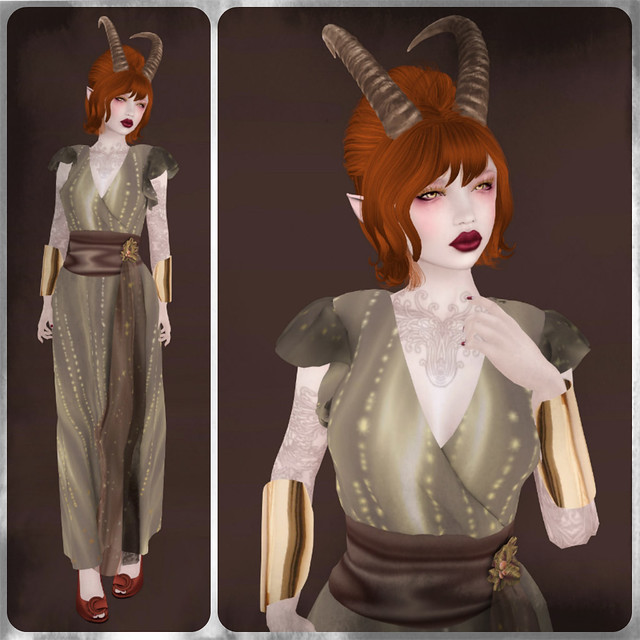 Ahhh, I got my groove back a little. It always takes me a post or two after my browser changes versions before I can get my shit together. I stared at my post from earlier today and wondered why it didn’t really look like me, and realized that all the fighting with the latest Firestorm update gave me time to either take a quick snapshot of event stuff OR make my avatar look like “myself.” Tonight I had more time, and figured out that the best way to present GENRE’s latest genre, the Big Band era, was to pretend that an elf queen somehow caught a ride in the Tardis and landed in a 1930s talkie. “Me?” Yeah. Also, I’m still really enjoying all of the clothes, especially because it edges me out of my comfort zone.

Honestly, I’m still working out the kinks. Like, GDI, when I upgrade my browser why does antialiasing always reset to 2X and RenderVolumeLOD get busted back to 2.000, and where the heck are my lighting presets? *sigh* So it goes.

As the browser updates 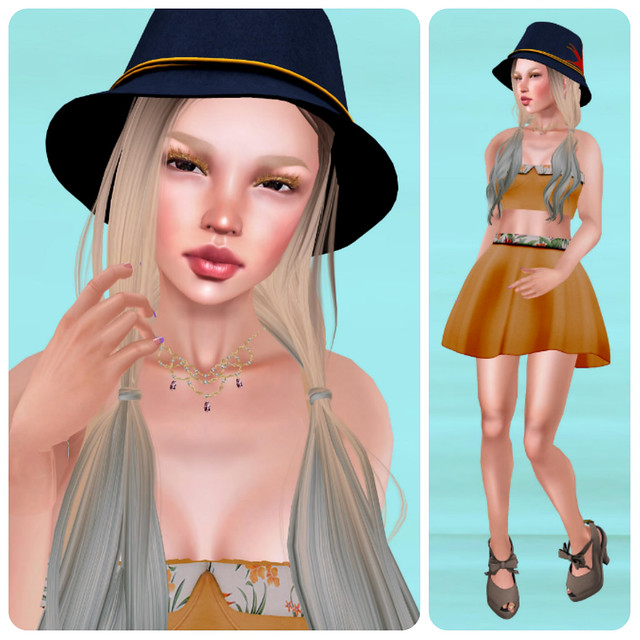 This doesn't really look like me, right? Let me tell you how it was yesterday. I updated Firestorm (yeah...yeah) and ran into problem after problem, and even now I think my antialiasing is screwy (pixelthighs!). It's a wonder I took any photos at all. Anyway, my look is from GENRE with a theme of Big Band era. I've really got to work on the retro edge, because I think I look too much like Malibu Barbie right here. My own avatar aside, I'm digging the items (look at that edge of Hawaiian print on the dress, so cute!). Just give me a post or two to get into the, er, swing of things.

I thought it would be amusing to see what I was up to this week throughout the history of my blog (more or less, I had to cheat a little). It's kinda hilarious to look back. My photos and fashion have always been incredibly sketchy; why do people read me again? In 2007, I lived in Caledon and wore big poofy dresses. Among my favorite designers were ~silentsparrow~ and Schadenfreude and Ingenue and Lassitude & Ennui, and *gasp* they still are. I guess we imprint early when we're reborn in SL... In 2008, I began playing with furry avatars, probably because hyasynth wears such cute ones. Remember that awesome shop The Closet? Creamy Cooljoke introduced me to it. The headband was made by this one awesome furry who designed accessories especially for furry heads. Wonder where she is now? In 2009, I had my CSR bunny year. Did you know that someone actually made an SL Secret panning these bunny avatars? I laughed so hard. And boy howdy do I miss the Creator's Stamp Rally. That was so much fun; I did it every year for not only myself but hyasynth and Jackal, because they didn't have time to run around and click the things. Ah, the old days. Then came 2010, arguably my best year in blogging, only because I took so many pictures of other people -- notably my shirtless man series. Catero Revolution is above. I miss Catero. In 2011 I took a hiatus from SL blogging. It lasted until I reopened my blog in 2013. The rest was good for me while I went though chemotherapy. Which brings us to the reopening of my blog in 2013! I'm so glad to be back. I remembered why I blog, again: as random as I am, blogging is FUN. :D

Much love and thanks for traveling with me all these years,

Posted by Auntykuro at 5:36 AM No comments:

Email ThisBlogThis!Share to TwitterShare to FacebookShare to Pinterest
Labels: reminiscing 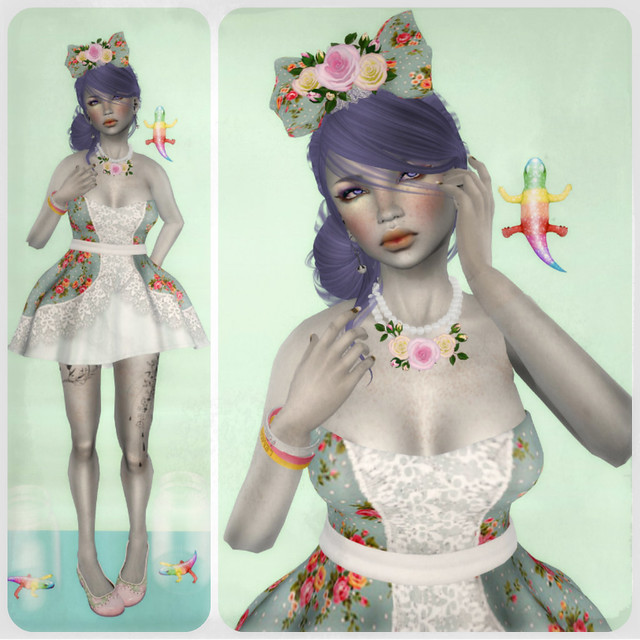 I woke up this morning with the song Eidelweiss stuck in my head. Blossoms of snow, may you bloom and grow. I suppose this is a lot better than my last ear worm, Nikki Minaj’s Beez in the Trap. Anyway, I think I was inspired by this pretty dress from Ambrosia that I picked up at Japan Fair. I admit that I got a few outfits from this designer because they were so cute and loli and suited the season. Happy Monday, everybody! ... Wait, is it just me, or is a little rainbow newt running up my photo booth? 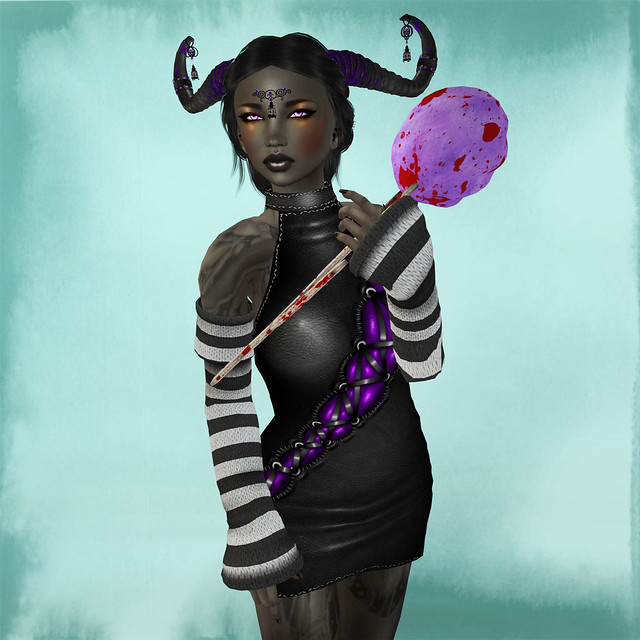 I figured out what all of the review packets from yesterday were for! They were for an event that I’m (apparently) blogging, The Witching Hour, promoted by the Eldergoth Macabre. It’s a Gacha event that happens on the 13th of each month for 24 hours and concentrates on dark and gothy things. This month that happens to be TODAY. You can find out more about the items over here at the lovely Seraphim.

Also: Rainbow Newts from ~silentsparrow~ ! So cute I need to make a rainbow outfit to match. Maybe tomorrow. 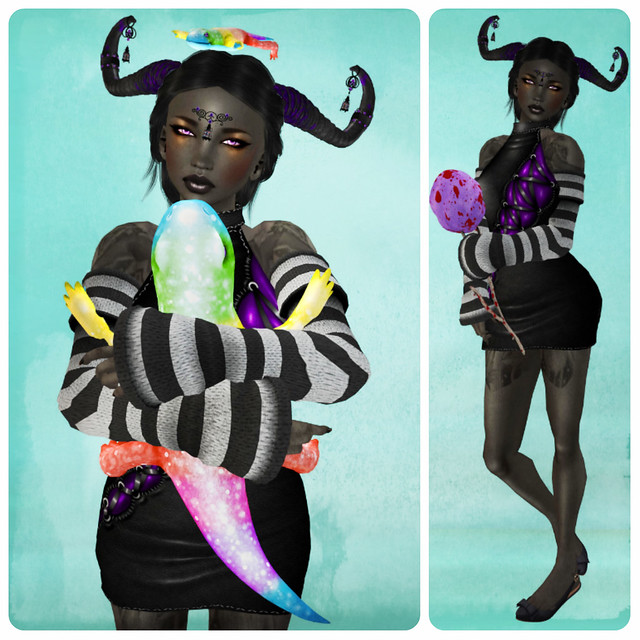